Jungian therapy, sometimes known as Jungian analysis, is an in-depth, analytical form of talk therapy designed to bring together the conscious and unconscious parts of the mind to help a person feel balanced and whole. Jungian therapy calls for clients to delve into the deeper and often darker elements of their mind and look at the “real” self rather than the self they present to the outside world.

Jungian therapy can help improve the lives of those with depression, anxiety, grief, phobias, relationship or trauma issues, low self-esteem, or other emotional problems. It is also appropriate for anyone who wants a deeper understanding of themselves and is willing to make a commitment to the work involved in acquiring that knowledge.

In addition to talking, your therapist may use various techniques, such as dream journaling and interpretation, and creative experiences likes art, movement, or music, to encourage self-expression and release your imagination. Your therapist may also try word association tests, wherein the therapist says a specific word and records how long it takes you to respond with the first thing that comes to mind. Your response time can indicate emotions and issues you connect to certain words. Depending on your situation and the agreement you make with your therapist, you will meet for regularly scheduled sessions, one or more times a week.

Forged by Swiss psychiatrist Carl Jung in the first half of the 20th century, Jungian therapy cultivates the natural tendency toward personal growth in addition to exploring the historical causes of psychological problems, such as deficit parenting.

According to Jungian psychology, when the natural tendency to individuate, to become one’s authentic self, is blocked, mental health issues such as depression, compulsion, addiction, anxiety and destructive relationship patterns ensue. Healing requires an exploration into what the individual’s growth needs to entail, such as an increased capacity for authority, humility, independence, relationship, meaning, or practicality. 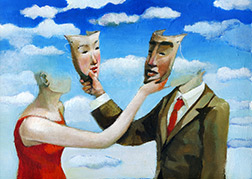 Jung preferred to call his approach Analytical Psychology, rather than Jungian therapy or Jungian analysis. He referred to it as the synthetic or prospective method because it is an additive process that looks forward as much as it looks backward. He believed that the unconscious has the potential to be an ally, a source of wisdom and guidance, in the process of human psychological development, not simply a storehouse for repressed memories.

Jungian therapy is considered holistic in that it cultivates wellness in the entire personality rather than targeting specific symptoms. It does not entail manualized treatment, which has predetermined steps and proceeds according to an outline, as some forms of treatment do. Rather, treatment is determined in accordance with the specific needs of the individual.

*The terms Jungian therapy and Jungian analysis are often used interchangeably. However, Jungian analysis can only be practiced by Jungian analysts, those who have completed an extensive training program approved by the International Association for Analytical Psychology.

The Core Concepts of Jungian Therapy

Jung believed that many of our psychological problems occur when we are unable to move forward with the ongoing tasks of psychological maturity, beyond those of childhood. In effect, psychological blocks may resemble a “strike” on the part of the individual’s psyche until he or she takes on the struggle that they have avoided.

Jungian therapy emphasizes the idea that there are many parts of the psyche of which we are unaware. The ego, the conscious part of the personality of which we are aware, is only one aspect. The other unconscious aspects of the personality exert a significant influence on our feelings and behavior. Awareness of these other parts, and living in harmony with them, constitutes a large part of Jungian therapy.

Central to Jungian therapy is the concept of archetypes: Ancient and universal patterns of experience and behavior that are often represented in mythology and symbols. Common archetypes include:

While the concept of archetypes is the subject of theoretical debate among Jungian analysts, archetypes resonate for many on an experiential level which is helpful in their efforts to understand themselves and improve their mental health.

Jung developed the concept of  “complexes,” psychic structures commonly seen in such forms as inferiority complex, victim complex, authority complex, and negative mother complex. The clinical benefit of the concept is that it serves as a recognized, central theme on which therapist and client can concentrate their attention.

Symbols, images that carry meaning, are central in Jungian therapy because of their ability to transform and redirect instinctive energy. Until the modern era, symbols had been used by religion and mythology to help individuals mature psychologically. Jung believed that as the role of traditional religions diminishes, we need to establish a direct connection with our own personal symbols to achieve well-being.

What to Look for in a Jungian Therapist

A certified Jungian therapist is a licensed mental health professional who has completed advanced training in a program accredited by the International Association for Analytical Psychology (IAAP). In addition to checking training and credentials, be sure you are comfortable with the therapist you choose, and understand the therapeutic process as it is explained to you.

You can find out more about which cookies we are using or switch them off in settings.

This website uses cookies so that we can provide you with the best user experience possible. Cookie information is stored in your browser and performs functions such as recognising you when you return to our website and helping our team to understand which sections of the website you find most interesting and useful.

Strictly Necessary Cookie should be enabled at all times so that we can save your preferences for cookie settings.

If you disable this cookie, we will not be able to save your preferences. This means that every time you visit this website you will need to enable or disable cookies again.